Update 0.19 is bringing a significant Loot system overhaul. Ever since the introduction of the Loot System in Update 0.16, one major flaw has plagued this gameplay element. The crates as a whole dropped too often and very active players were literally spammed by them. Virtually every average or better game resulted in a crate drop.

Another matter was the reward quality. Even the Platinum Loot Crates were easy to obtain but their content, while providing a nice boost, was not something that would truly excite players. It only went down from there and the contents of lower end Crates, such as the Bronze ones, is generally considered worthless.

The combination of these two factors – a high amount of drops and unexciting rewards – led to the accumulation of a large number of unopened crates in player inventories. To improve this, we decided to overhaul the Loot system in Update 0.19.

The first thing we did was reduce the amount of Crate categories from five to three. Bronze and Steel Crates will no longer drop as rewards (although they will remain in player inventories).

The parameters of the three remaining Crate types were modified by increasing their Reputation threshold so that players only receive a Crate when they perform really well in a particular battle – in other words, there is a lower chance of a Crate drop in Update 0.19. In Update 0.19, a player must fulfill the following requirements to receive a Crate drop:

Our goal is to make a Crate drop something rare and exciting, not an every-battle occurrence.

Reducing the drop rate is only one part of the equation. The other is to increase the rewards from crate drops to make them worthwhile – and we did just that. 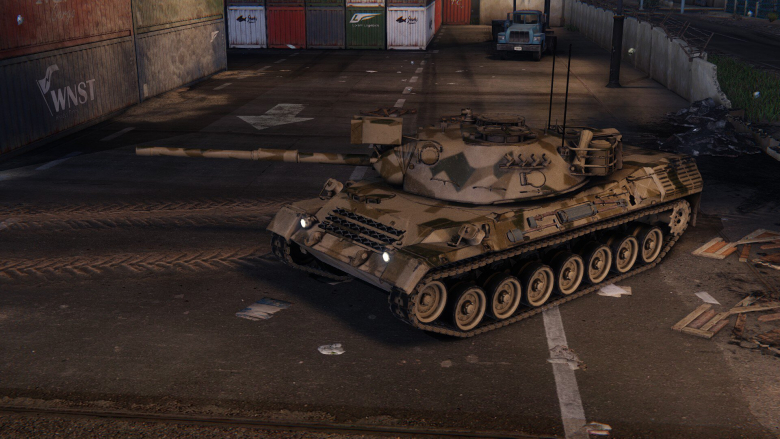 To sum up the crate reward types, here's a breakdown of possible drops.

Please note that these changes will be applied to crates you receive before the launch of Update 0.19 – for example, receiving a Platinum Crate now but opening it after the launch of Update 0.19 launch will result in the abovementioned rewards. As for Steel and Bronze Crates, they will stay in your inventory and their drop table will not change – we are still deciding what to do about them.

As for the future of the Loot system, we would like to add more ways to obtain Loot crates. In Update 0.19, the daily missions that were previously rewarded with Steel and Bronze Crates only will now be rewarded with Silver Loot Crates – but that's just a start. Update 0.19 is coming to the EU and NA servers on April 20 – stay tuned for more information.