In our previous Balance 2.0 articles, we have introduced a number of changes to both Progression and Premium vehicles that are coming in Update 0.19.

To bring you the most balanced game possible, we have decided to introduce some additional changes to the artillery branch and high-Tier vehicles.

In Balance 2.0, the artillery class is being fundamentally changed from its previous indirect fire role to a direct fire role. Read more about the reasoning behind this change in our Balance 2.0 Vehicle article.

The class as a whole will consist of mobile and well-armed vehicles focusing on very high damage per shot, but these advantages will be off-set by longer reload times, poor camouflage (when compared to the Tank Destroyer class) and relatively thin armor. 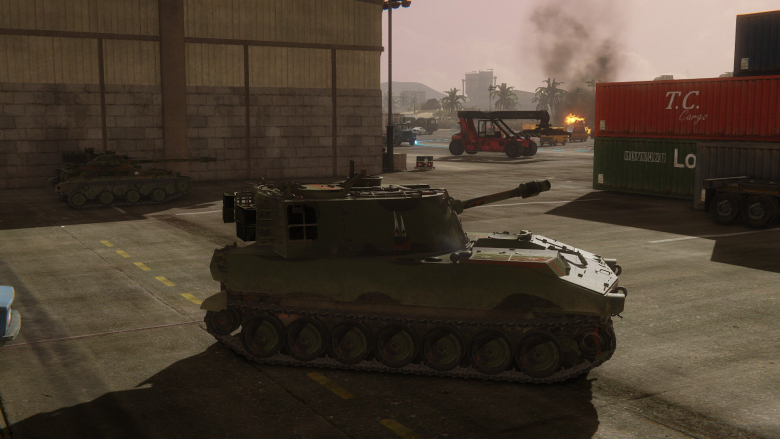 Artillery vehicles will be merged into a single line and move to the Zhang Feng vehicle pool. The line will start on Tier 3 with a newly introduced M108 self-propelled howitzer and will continue as such:

As you can see, several vehicles have changed Tiers and all of them were completely rebalanced to fit their new place in the tree. We will re-introduce the Centauro 155 (previously famous for its massive damage per shot) as a Tier 10 SPG in Balance 2.0 with enhanced turret traverse of 90 degrees to either side (other vehicles will have unlimited traverse).

Update 0.19 will bring several previously-unannounced changes to high-Tier vehicles. The previously announced Tier 8 BMP-3M Dragun will be replaced by the 125mm Light Tank version. We believe that this change will bring a fitting closure to the BMP line, providing the thin-armored hull with enough firepower to tackle Tier 9 and Tier 10 threats.

We have also decided to revisit our policy on Tier 10 vehicle armament. To bring Tier 10 performance to more manageable and realistic levels, high caliber guns (140mm or more) will no longer be mandatory options for Tier 10 vehicles. This will allow us to introduce cutting edge vehicles armed with very high velocity 120mm or 125mm guns on Tier 10, without having to upgrade them with experimental weaponry that has in reality either only been tested on test rigs or proposed on paper.

As a result of this decision, the following changes will be made:

And last but not least, the Merkava IID will receive an upgrade in the form of an armor kit and LAHAT guided missiles to perform better.

Learn about the changes to existing Dealer vehicle pools and the introduction of new vehicles in Balance 2.0!

Learn more about the changes to the Self-Propelled Gun Class in Update 0.19