Our community managers visited the Polish MSPO 2017 expo that took place between September 5 and September 8 to look for potential new vehicles for Armored Warfare!

Many new and interesting pieces of hardware were unveiled or exhibited at the Targi Kielce grounds, including the following vehicles.

BWR-1S – a modernized version of the older BWR-1 tracked scout vehicle, which itself is a BWP-1 (Polish BMP-1), modified for reconnaissance purposes in the late 1980s. While the older design is more or less obsolete, the new packet of electronics by WZM S.A. allows the vehicle to serve even on the modern battlefield. 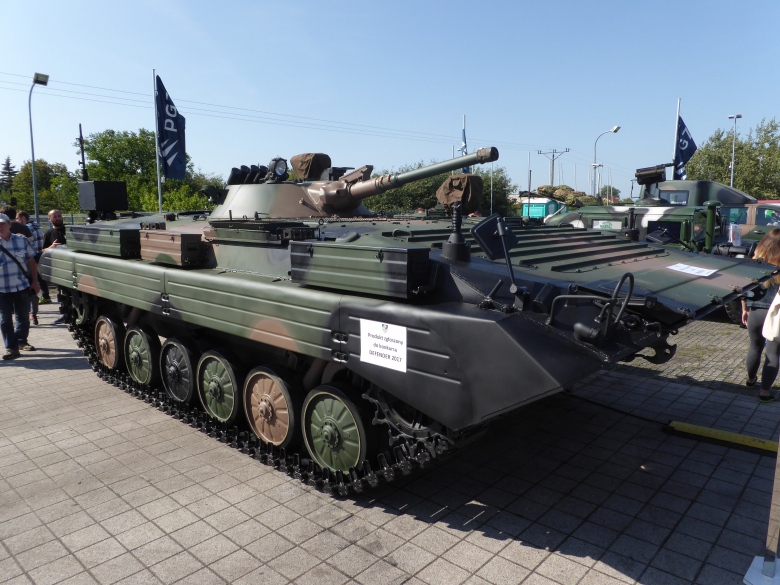 KRYL 155mm SPG – a 155mm L/52 howitzer on the KRYL truck chassis, developed as a prototype by Huta Stalowa Wola S.A. for the Polish military. Its ready-to-fire time is below 60 seconds, it has the maximum range of 40km and is capable of Multiple Rounds Simultaneous Impact fire. 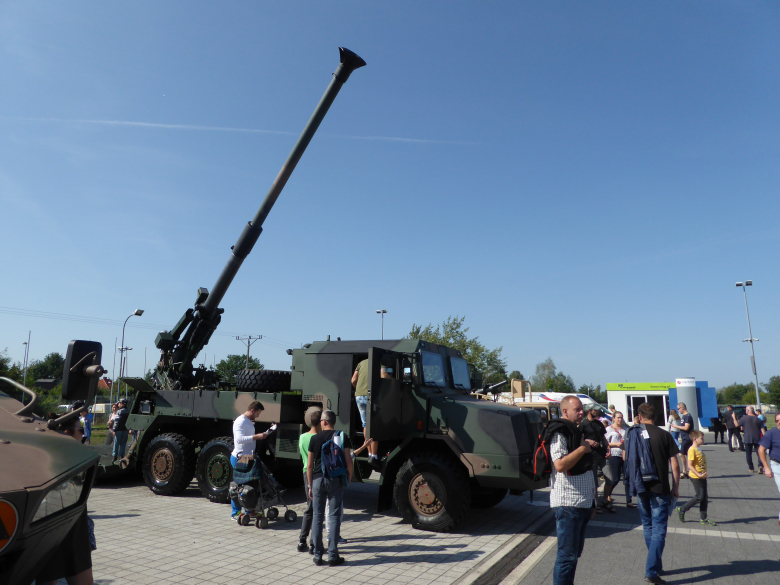 Universal Modular Tracked Platform – this is another incarnation of the Anders platform, this time as a modern, modular IFV. Its turret is armed with a 30mm Bushmaster cannon as well as a SPIKE missile launcher and can carry up to 8 men in combat. 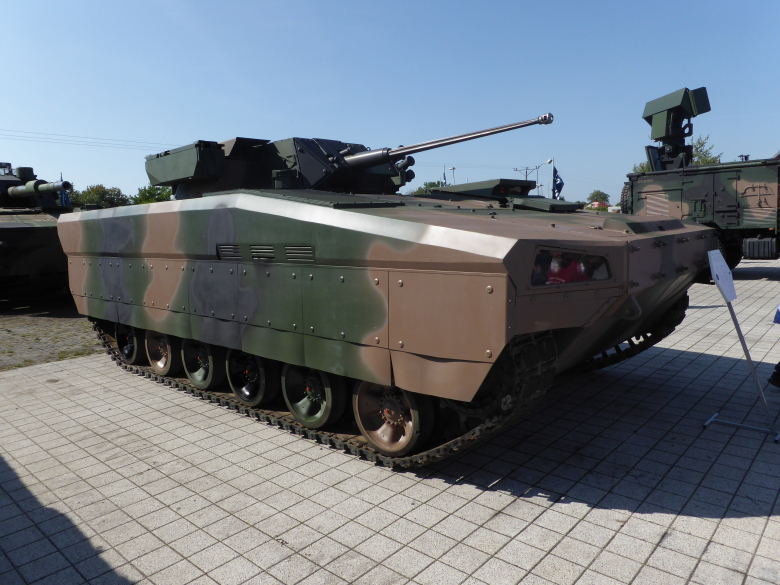 Rosomak Tank Destroyer – this is a turretless tank destroyer version of the Rosomak hull, armed with multiple SPIKE NLOS missile launchers, allowing the gunner to fire at targets that are not in its line of sight.

Rosomak HITFACT 120 – another tank destroyer version of the Rosomak hull, this time with the HITFACT 120 turret instead of the last year’s XC8 variant. 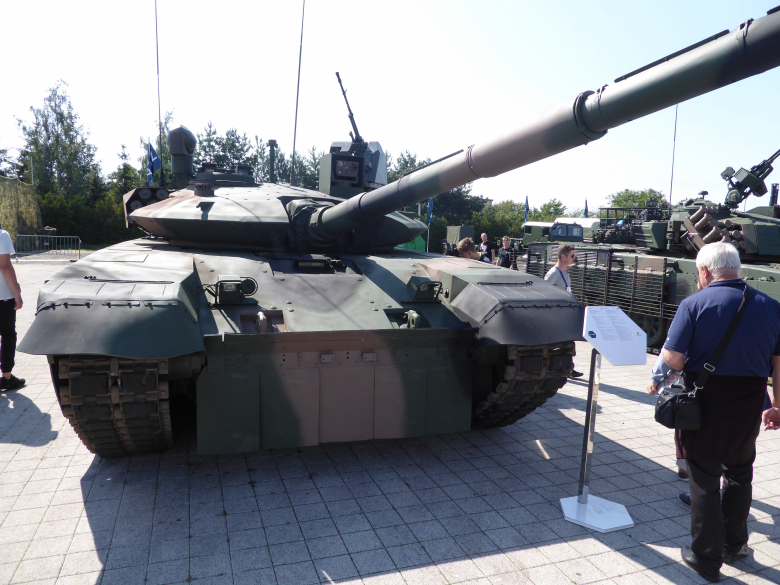 PT-91M2 – an upgrade for the PT-91 MBT, currently still in Polish service and being replaced by the German Leopard 2. The main features include a new variant of the 2A46 gun with a new autoloader and further upgrades to the ERAWA armor.

Borsuk IFV – perhaps the biggest star of the expo, the Borsuk will replace the BWP-1 in Polish service as the primary tracked IFV. It’s fully amphibious, highly resistant to mines and IED explosions and equipped with a ZSSW-30 remote-controlled turret. 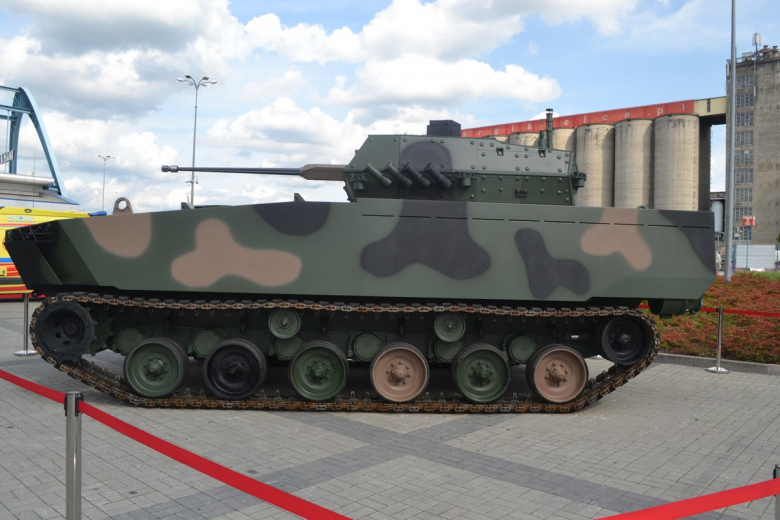 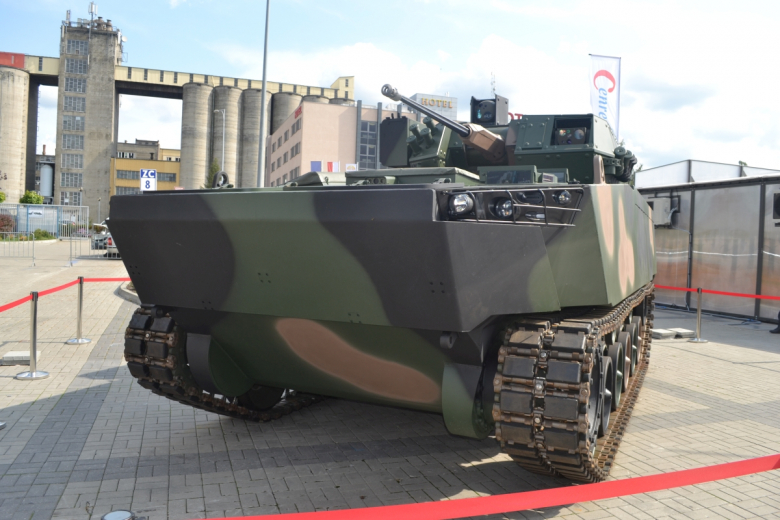 Let us know in the comments and we’ll see you on the battlefield!

Learn about the database update maintenance coming on September 19 2017!

Learn more about this week’s vehicle offer that we have prepared for you, featuring one of the best premium MBTs of Armored Warfare, the T-80U Shark!