The wait is finally over – the Age of Rage Battle Path campaign starts today. It’s high time you show the world what real rage against the machine looks like!

This three-month-long anarchist-themed campaign offers you the opportunity to get your hands on three very special reward vehicles, including the coveted Object 490 Tier 10 Premium MBT, but other valuable prizes are also available, including Commander Ophelia Kitescu, skins, decals and much more. You can find more information about the campaign in the Frequently Asked Questions section below.

In order to join the Battle Path campaign, please enter the game and click on the Age of Rage icon on the upper bar.

From there, you can simply purchase the Battle Path access (either for currency or for Gold).

The following options are available: 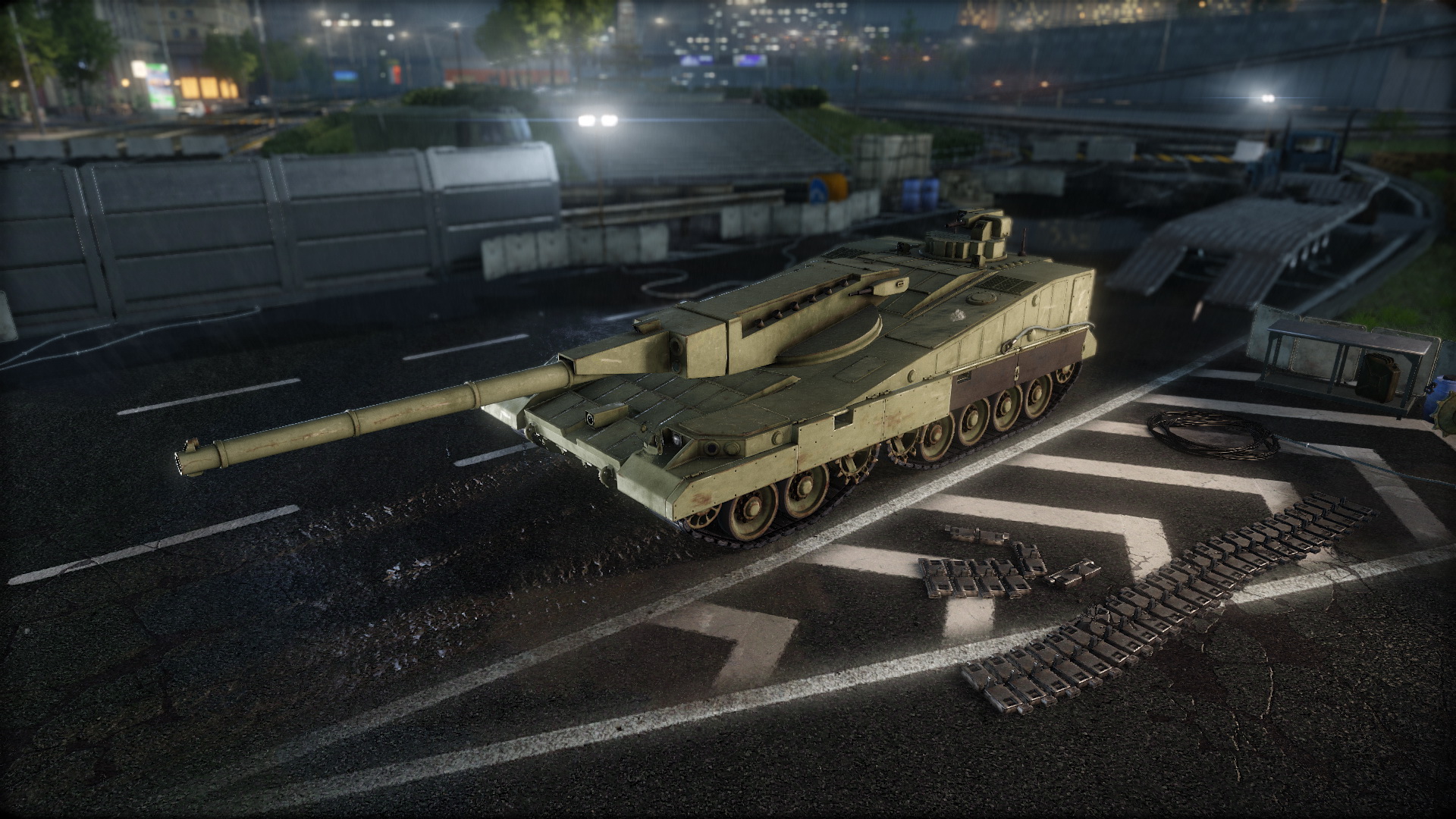 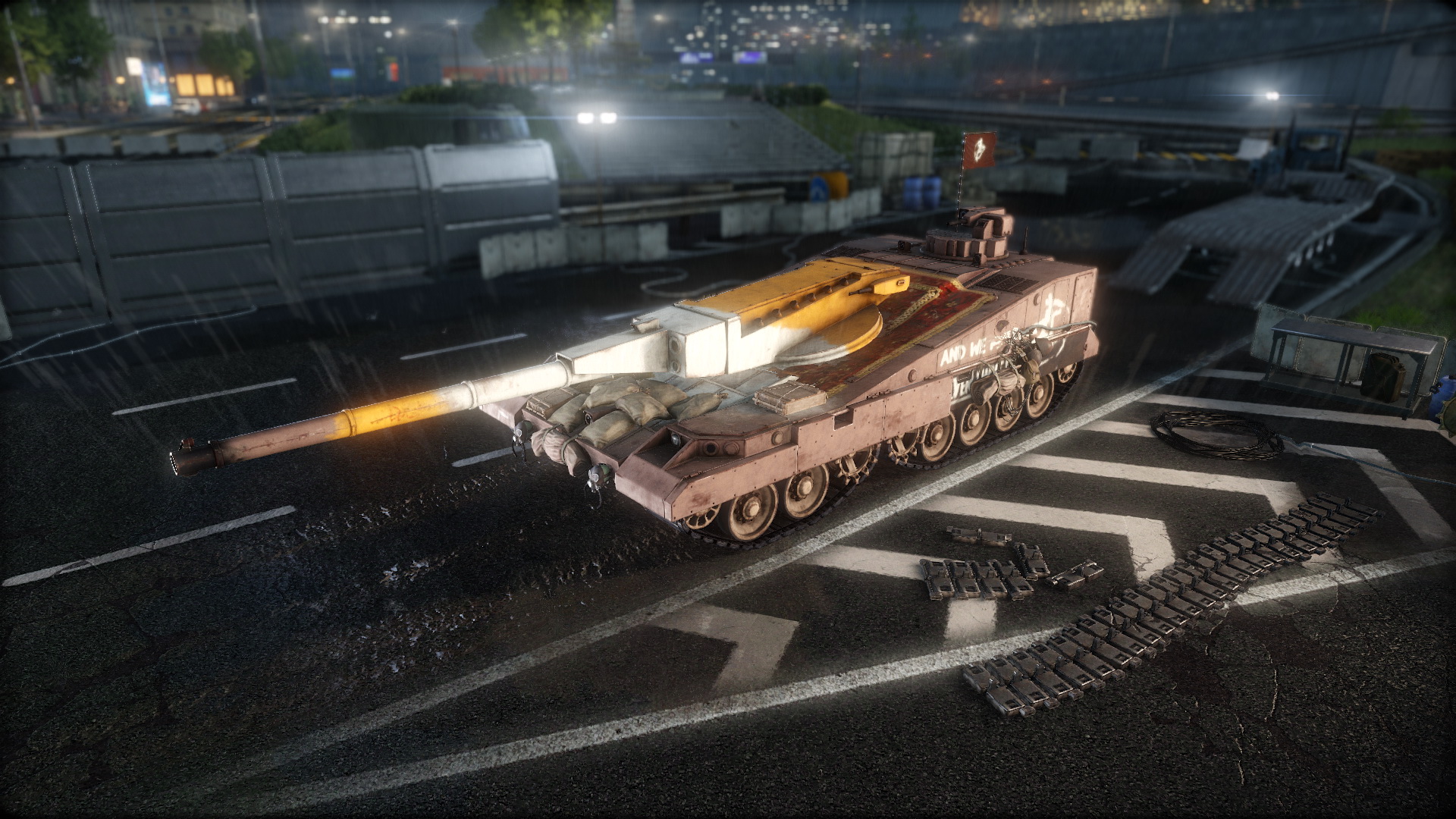 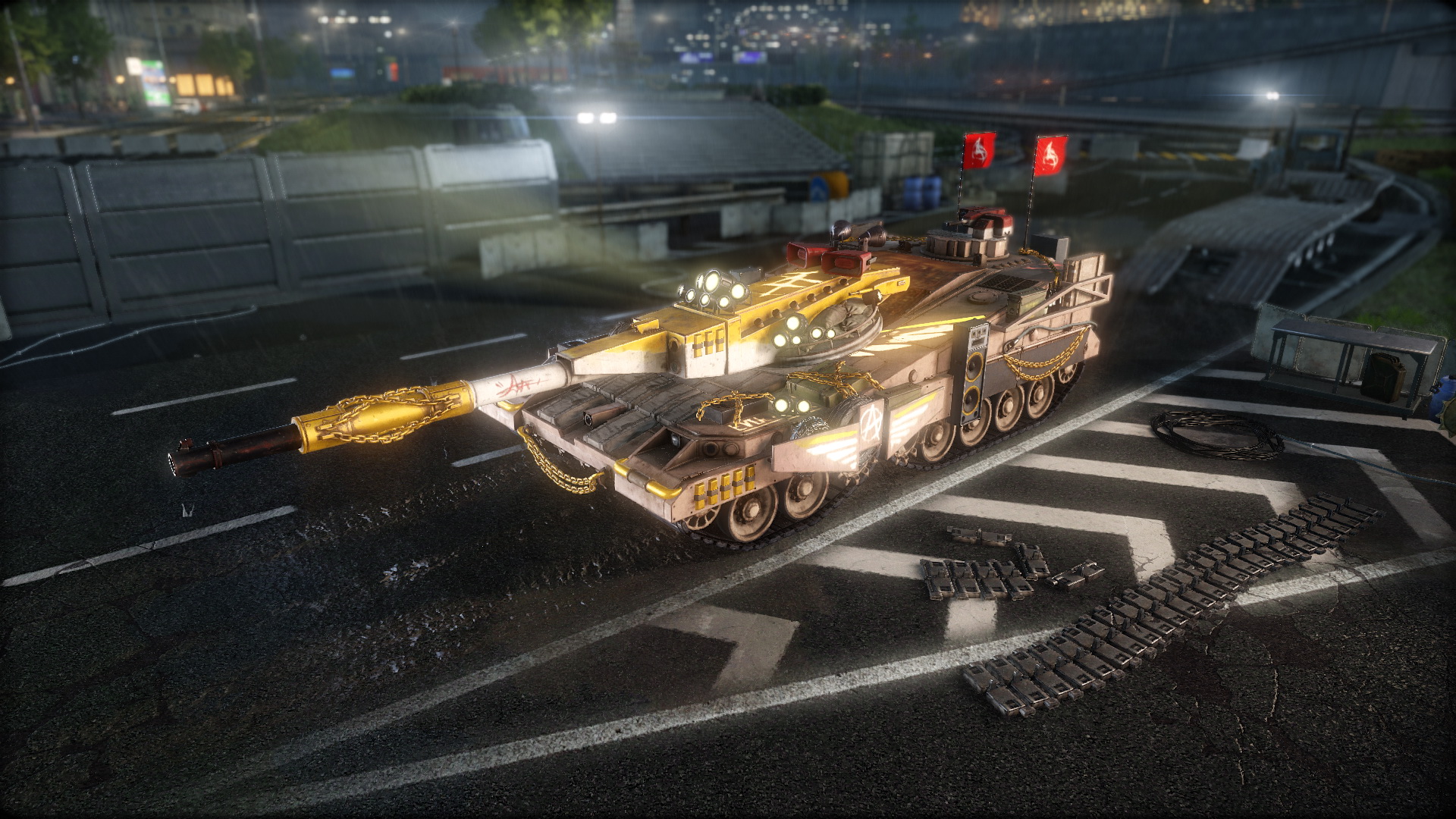 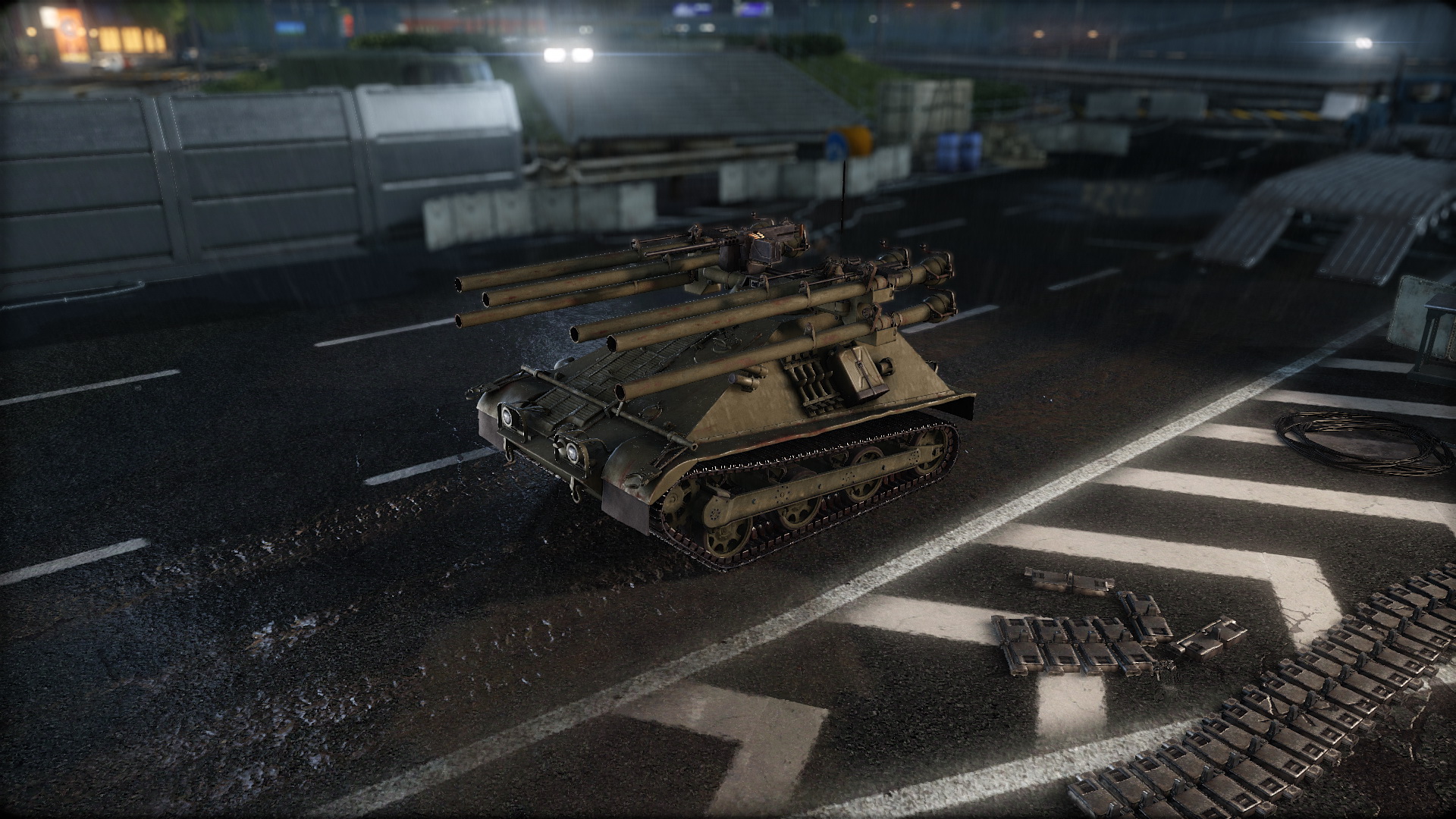 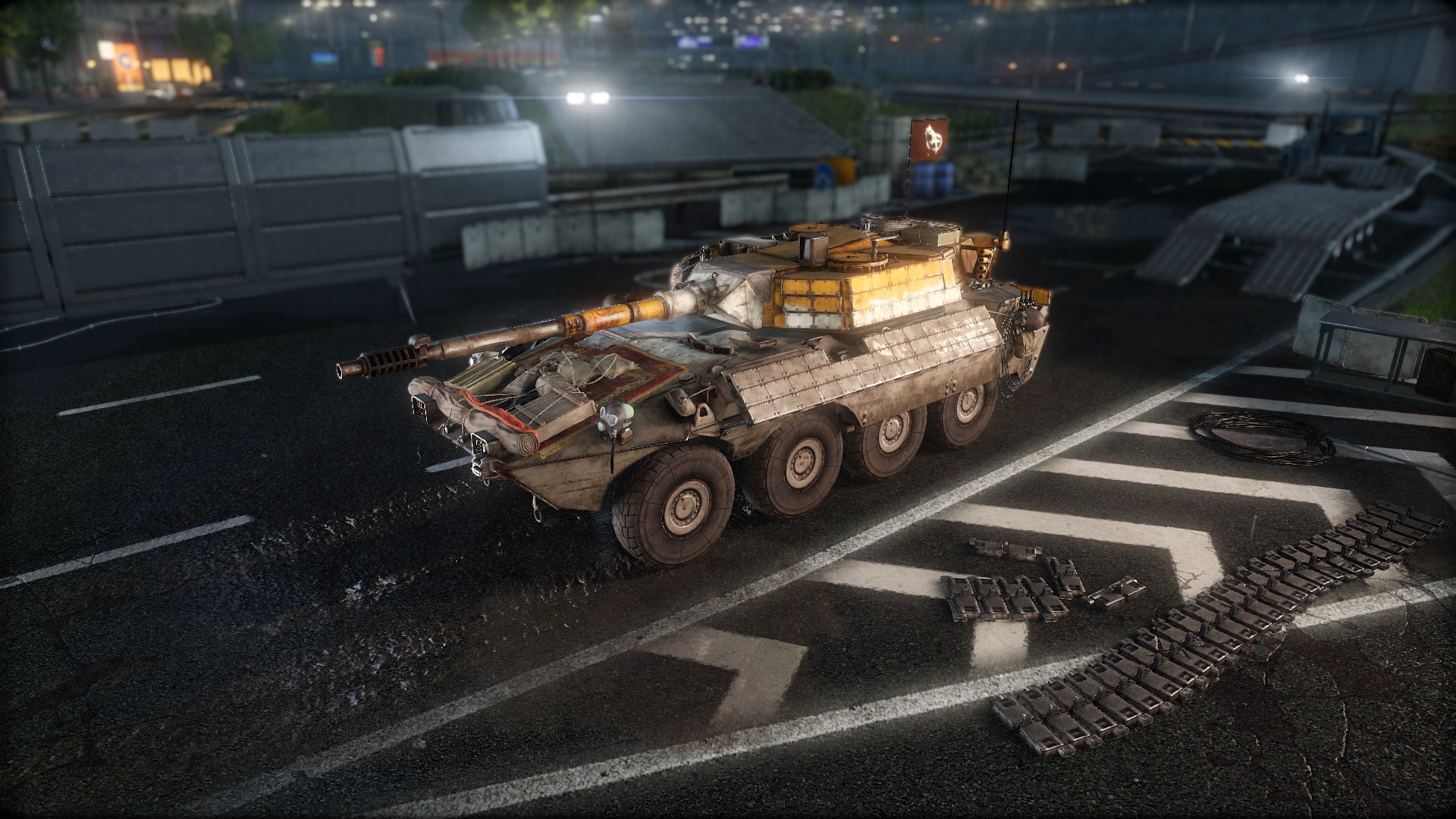 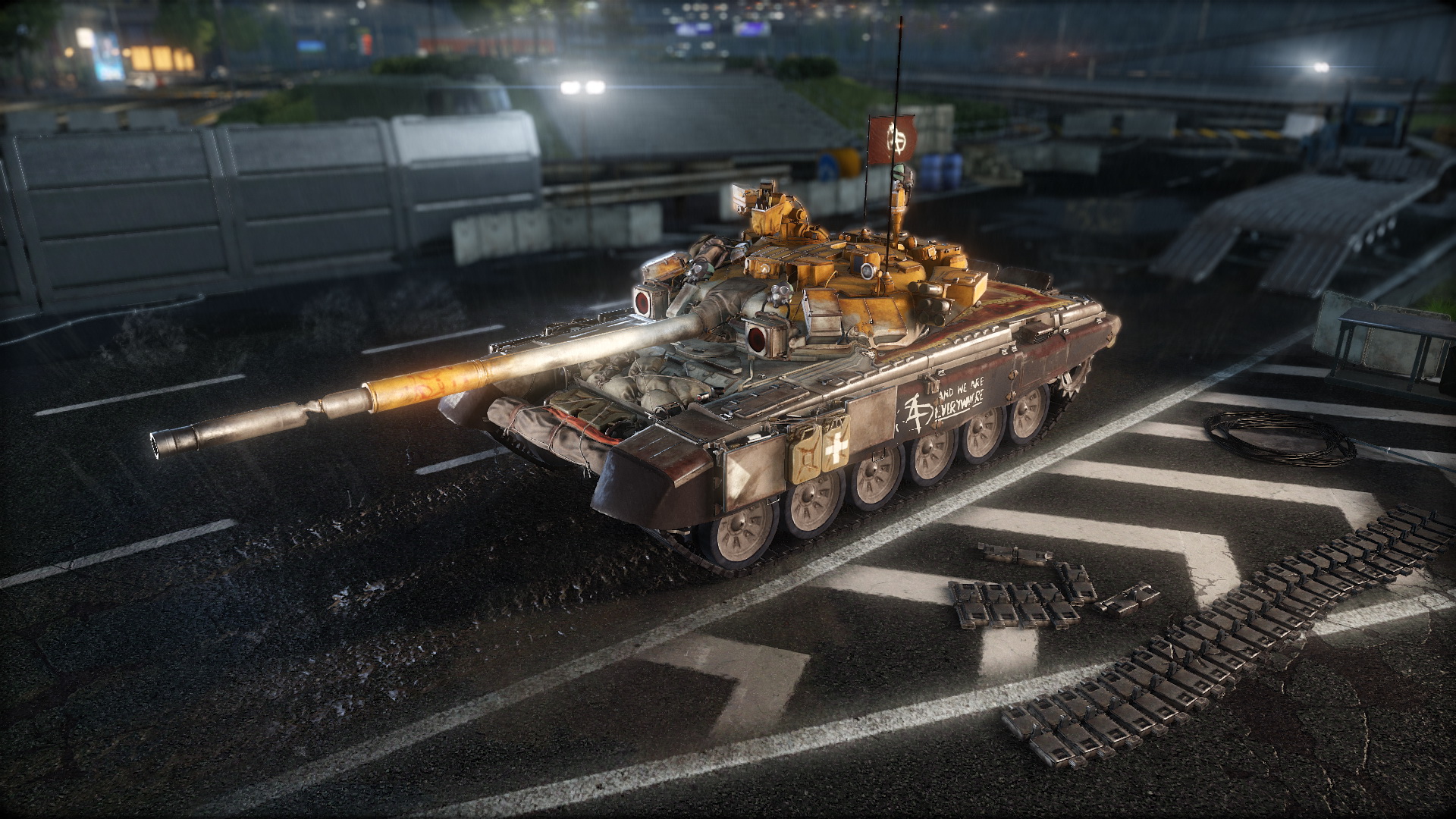 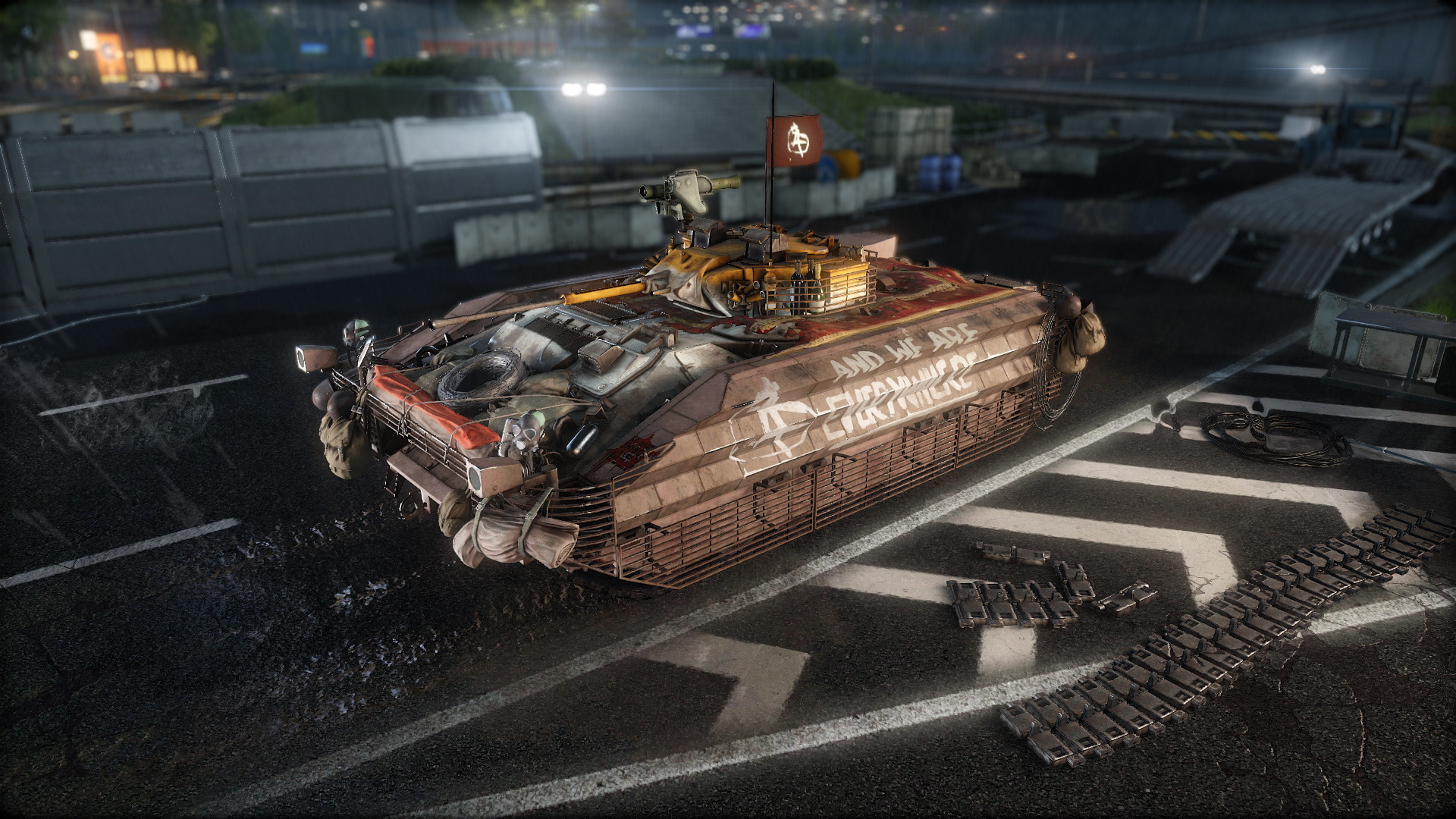 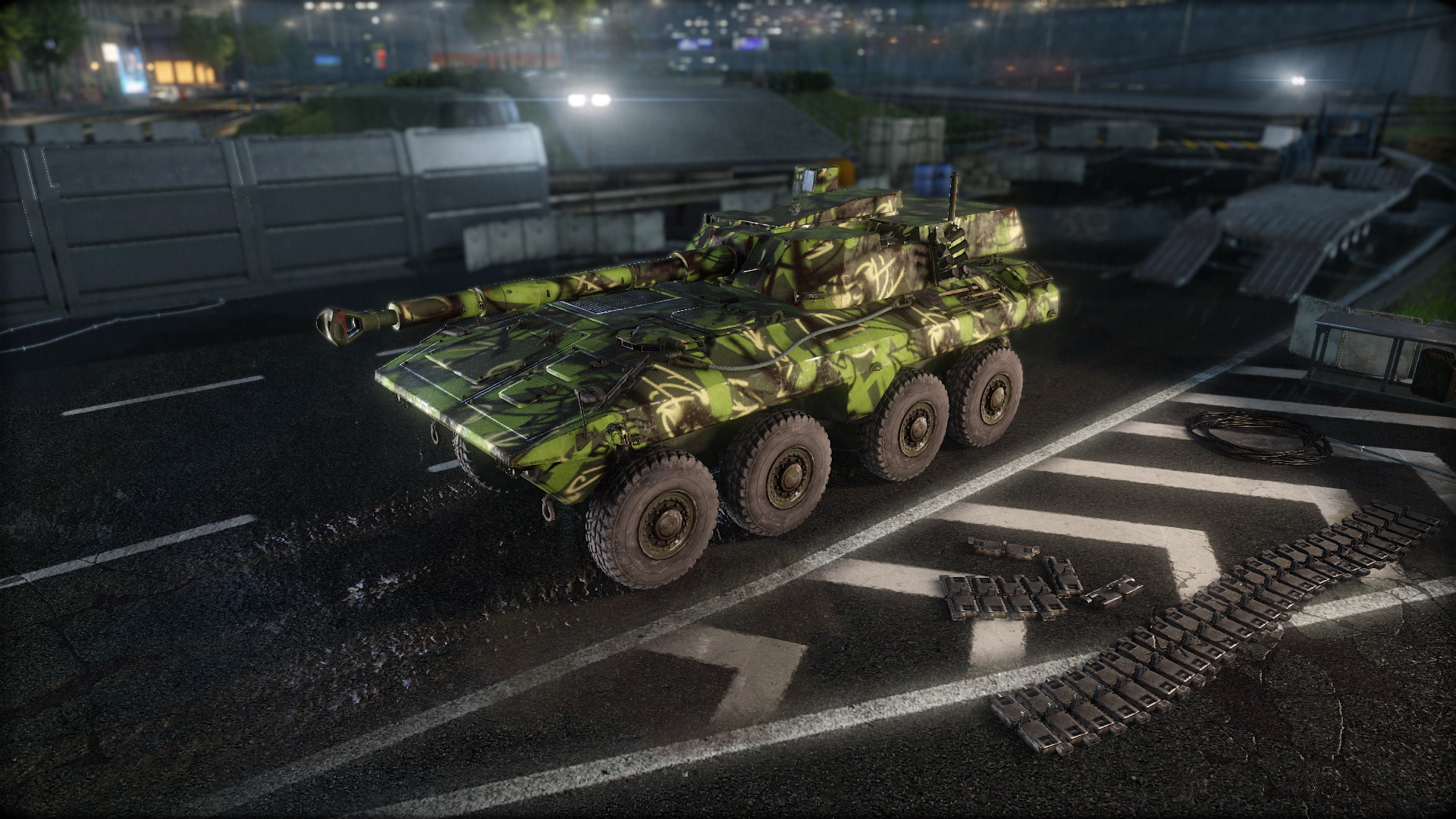 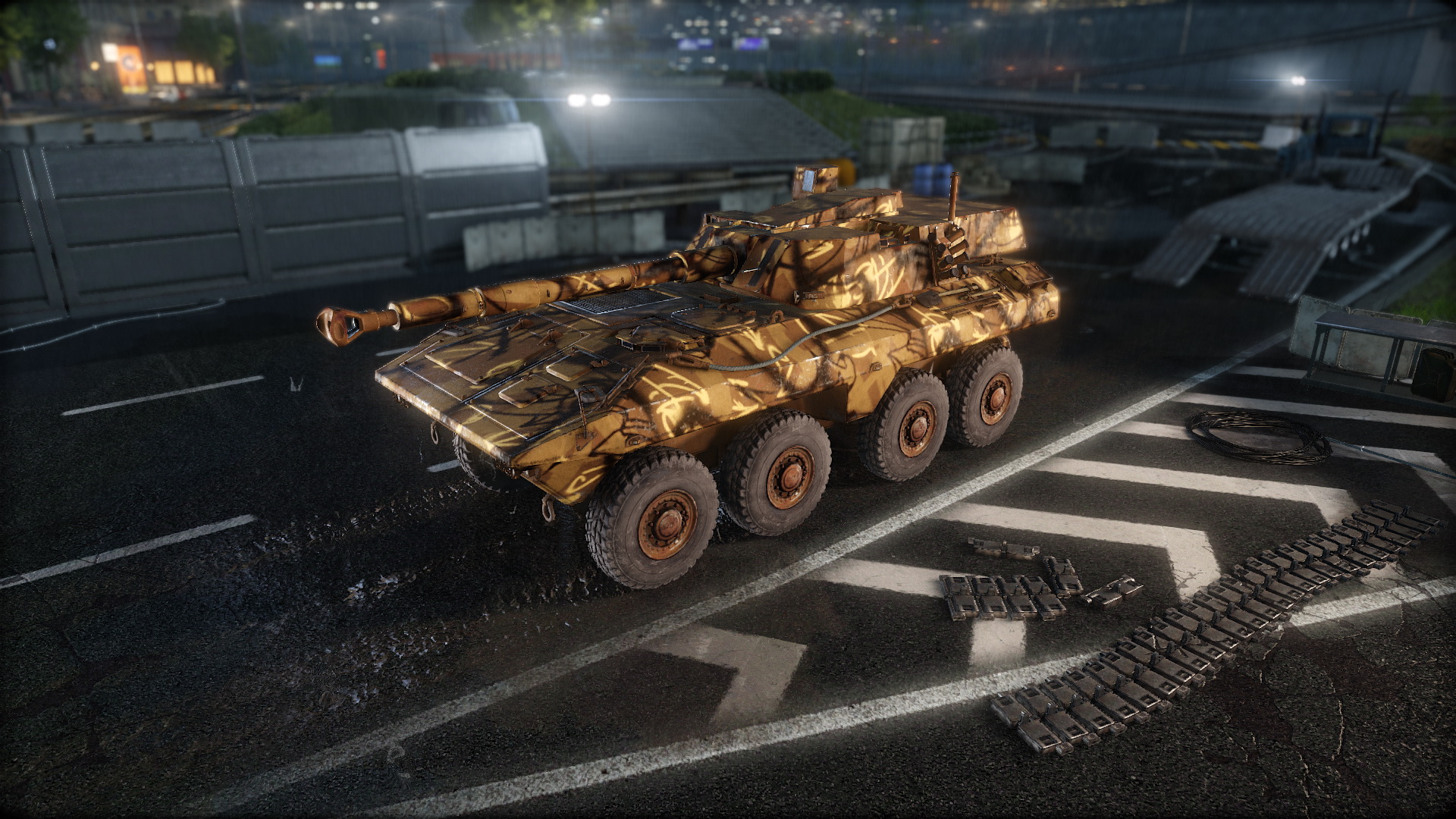 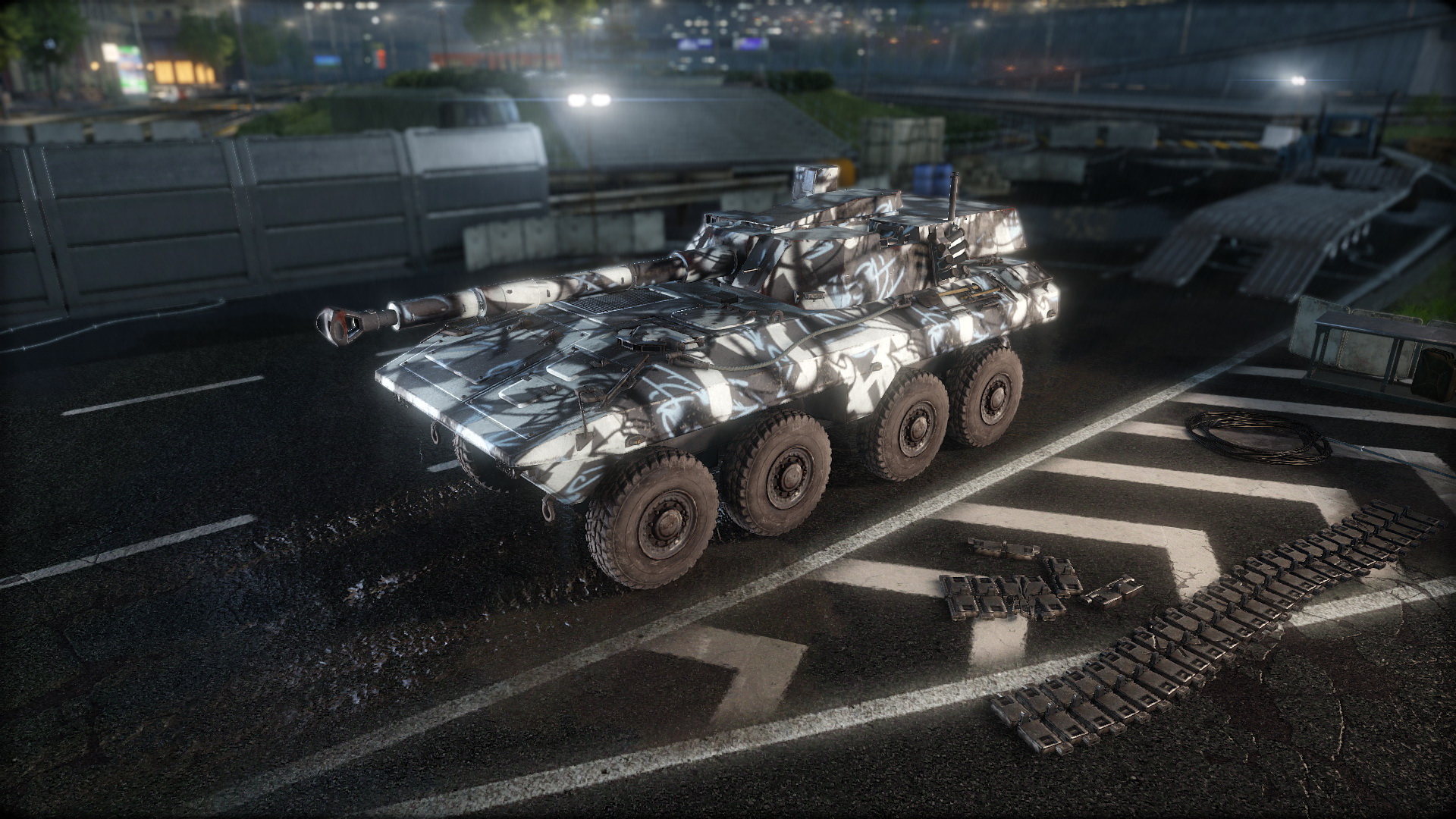 Additionally, for the players who want to start with an extra boost, we have the following bundle available:

Both options are also available on MyLoot and in our Web Shop.

Simply put, you earn Battle Coins by completing missions and then spend them to raise your Battle Path level while earning Battle Path Premium vehicles, camouflages, player avatars, skins, decals and other goodies, including a reward tank with Premium status, the Tier 10 Object 490 MBT. You can also get other Premium vehicles as well as two Object 490 skins.

The Battle Path campaign is divided into four paths (mission chains), each with its set of many missions. But, more importantly, there are the new Repeatable Battle Coins missions available each day, called:

By completing the missions, you will receive Battle Coins, which are used to increase your level. Repeatable Battle Coin missions are your most important source of Battle Coins. 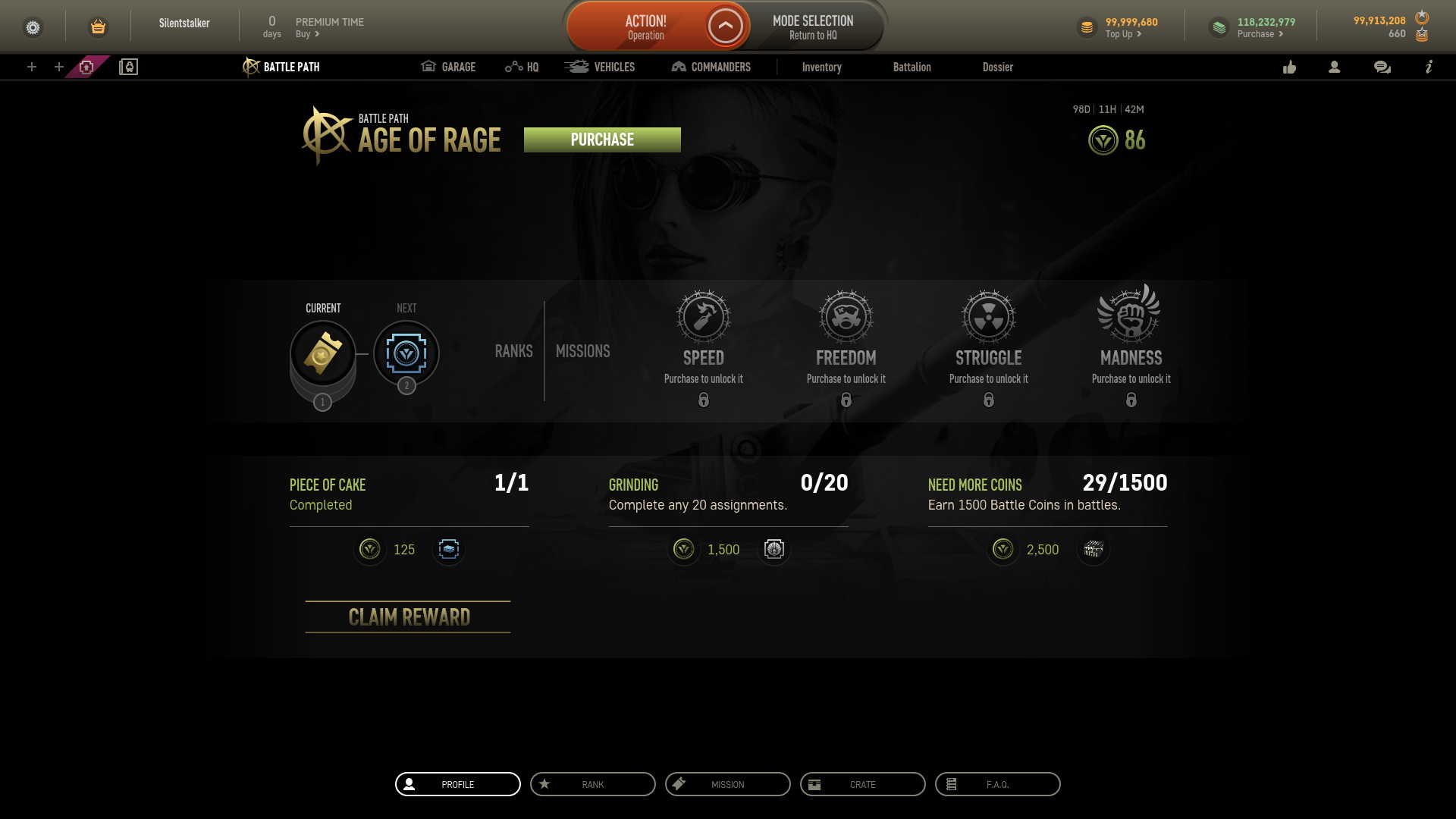 There are 60 levels in total – 50 standard levels and 10 bonus ones for hardcore players. For reaching Level 50, you will receive an exclusive reward tank with Premium status, the Tier 10 Object 490 along with the “Destroyer” skin for it. Levels 51 to 60 award special Elite Supply Crates.

For reaching the ultimate Level 60, you will receive another skin for the Object 490 called “Devastator” as well as an Age of Rage flag. Along with these prizes, various other rewards await you for every level you reach. Their list can be found on the Battle Path progress bar in the game.

What are Elite Supply Crates?

Elite Supply Crates are available for reaching Battle Path Levels 51-60. They cannot be obtained outside of a Battle Path and contain guaranteed Tier 6 or higher Premium vehicle drops (including older Battle Path vehicles), rare commanders (including Cortez and Alisa Korhonen) or a large amount of Battle Coins for the Battle Path that will come after the Age of Rage – this way, after obtaining the Object 490, you can not only obtain otherwise unavailable items, but also prepare for the future. These Battle Coins are, however, redeemable even in the Age of Rage Battle Path.

In order to start a mission chain, you need a pass. You will receive a free pass on Level 1, 7 and 12 – you decide which chain you wish to unlock and when. In order to unlock the access to the fourth chain (the “Madness” missions), you need to complete all the three previous chains first.

For each minute you spend alive in battle (with the exclusion of downtime such as waiting for a respawn), you will receive 1 to 3 Battle Coins in PvE and 2 to 4 in PvP (including Global Operations). Furthermore, winning increases this income by 25 percent in PvE (including Special Operations) and by 50 percent in PvP and GLOPS. Additionally, the best players of the team by Experience obtained will receive an additional bonus – extra 4 Battle Coins for being first in PvE or Spec Ops, extra 5 Battle Coins for ending up in Top 3 in PvP and, last but not least, extra 10 Battle Coins for ending up in Top 3 in GLOPS match.

I unlocked a prize (skin, decal etc.) but I can't see it listed anywhere, where is it?

Before they can be used, prizes such as skins, decals and other items first appear in the Inventory window under the Goods tab. Please go there first and activate them.

How do I unlock a mission chain (Path)?

You can unlock it by using a pass. A pass can be obtained by reaching Level 1, 7 and 12 respectively.

Can I complete the missions within a chain in any order?

The next one only starts after the previous one is finished. You need to pick up your mission reward manually in the Battle Path window in order to activate the next mission. However, if you earn more than one pass and unlock multiple chains at the same time, it is theoretically possible to have up to three missions active simultaneously and to complete them all in one battle (if their requirements do not prohibit you from doing so).

Do I also need a pass for the Madness mission chain?

I’ve seen a reference to the Age of Rage crates. Can you tell me more about them?

The Age of Rage Loot Crates will be obtainable in the future in exchange for surplus Battle Coins. They will work basically the same as the Wasteland Loot Crates from the last Battle Path. They will include a Battle Path vehicle, the M-95 Degman MBT – either directly or its blueprints.

The main difference is that these Loot Crates will no longer drop temporary Premium vehicles and that, instead of being able to sell them for Gold, you’ll be able to sell their contents for Battle Coins.