The night was clear, cold and still. The stars, like diamonds, glittered in the moonless sky. The only other light came from the few windows in the remote mountain village hundreds of meters below him.

The ground was frozen solid. The early spring sun did not have the power to wake it up just yet, but he knew that his winter recon gear would keep him warm in all but the harshest of winters – and that wasn’t the case down here. He shuddered, remembering the polar circle training, the frost and the frostbites of men less careful than he was. Compared to the icy forests of Finland, this was a piece of cake.

His radio clicked once and he activated the headset, realizing that it was time for another regular check. 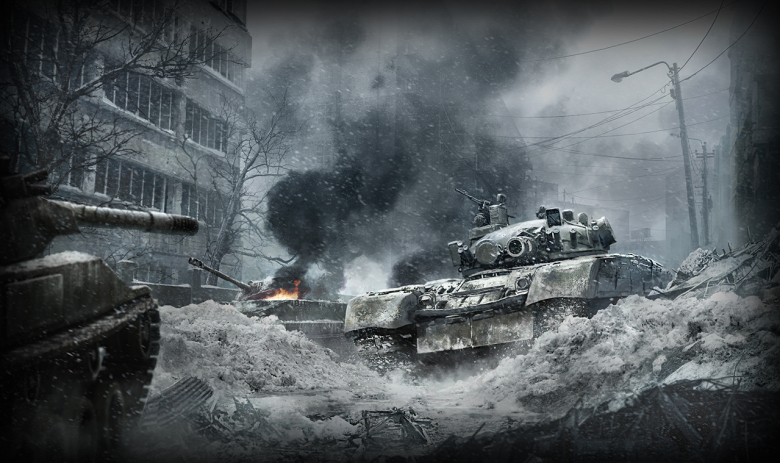 He switched the radio to a different channel.

“Sentry 2, this is Sentry 1. Anything to report? Did you change your position?”

The man on the other end took a few seconds to respond.

“Affirmative. We’re now holed up in the barn at the end of the village. No contact yet. Four men standing by. No dogs.”

He almost laughed out loud at that last remark even though he knew that it was actually no laughing matter. In the last two weeks, Lodestar negotiators tried their best to get the local villagers to support them, only to be rebuffed by superstitious nonsense – an old local priest accused them of being werewolves or some other mystical evil.

While the negotiators tried their best to calm down the priest, a squad from one of the recon K-9 units thought it would be a really fun idea to paint one of their war dogs black, attach a set of night vision lenses that happened to glow red when activated to his head and let the dog run through the village at night. In the incident that followed, the dog almost got shot and the negotiators got chased out of the village by an angry mob.

As a result of this action, all Deathwalker units were ordered to steer clear of the village and only enter it under the cover of night in order to stage the ambush.

“Sentry 1, this is Sentry 2. We’re seeing some activity at the other end of the village. Looks like the relief trucks arrived after all.”

Under the skull-shaped mask, Sentry 1 was smiling as he cocked his rifle.

Before the Bordeaux Treaty, Lodestar GmbH was amongst the largest logistics companies in the world. Based in Cologne, it was built from nothing by Reiner Schepke, a self-made businessman who ran it right until his untimely death. The control of the company then passed to his only child, Erika Schepke. Erika was a shrewd businesswoman and saw an opportunity in the increasingly deteriorating state of the world.

Lodestar’s security division, responsible for the protection of the cargo, was effectively transformed into a private army with much of its personnel and equipment coming from the chronically underfunded and practically defunct Bundeswehr. Their ruthlessness as well as their Bear-shaped logo earned them the nickname the Lodestar forces are currently generally known under – the Maulers.

But while the company prospered, Erika Schepke was no military commander, a fact that was proven by the first and – to date – only large engagement in Austria and Bavaria, where the numerous but poorly led company forces were defeated by an experienced group of mercenaries, who not only managed to capture valuable equipment under their nose, but also escaped in the process.

Following this failure, Erika Schepke removed herself from direct command of the company’s military operation and appointed a new military commander, a grizzly veteran by the name of Dieter Pannwitz, who immediately started re-organizing the Mauler forces. All the vestiges of the former company security department were removed in favor of pure military structure. In a series of small-scale skirmishes along the former German-Czech borders, the rebuilt forces gradually re-gained their confidence.

Lodestar’s military command was acutely aware that Clayburn’s resources dwarfed those of Lodestar. While a direct military confrontation would weaken Clayburn expeditionary forces, it would also be devastating to Lodestar’s interests. A strategy was therefore devised for the elite Lodestar units to be sent to the Balkans in secret to contact and provide military expertise to a large number of local military warbands, militias and terror groups, left from the collapse of local military units. With the expert Lodestar leadership, these units would wreak havoc on local Clayburn units, perhaps forcing them to withdraw in the region, effectively turning it into Badlands.

At least that was the Lodestar advisors told the locals. Erika Schepke knew that “Old Man” Clayburn would never let go willingly and cut the losses – that was not his style. Instead, he’d send the Crimson Reavers in, the Clayburn elite that would deploy extreme measures against civilians in their effort to root out the insurgency. Their famed brutality would ensure that the region would remain unstable for years to come, turning into a giant resource sink. To accomplish this goal, it was decided to send the best of the best – the 11th Lodestar Combat Group, known as the “Deathwalkers.”

Compared to regular Mauler units, the Deathwalkers are only equipped with lighter weaponry of German origin, preferring instead to supplement their infantry forces with the hired remnants of local armor units. They prefer to ambush their enemies and, if things get hairy, to call upon the local support commanded by Lodestar military advisors. As a result, Lodestar has a considerable number of Soviet era tanks in the region at their disposal with several Leopard 2 tanks ready for rapid deployment, waiting outside of the theater.

It is the spring of 2039 and the Deathwalkers are operating deep in the Balkans. After months of preparations, it’s finally the time to for larger operations to begin.